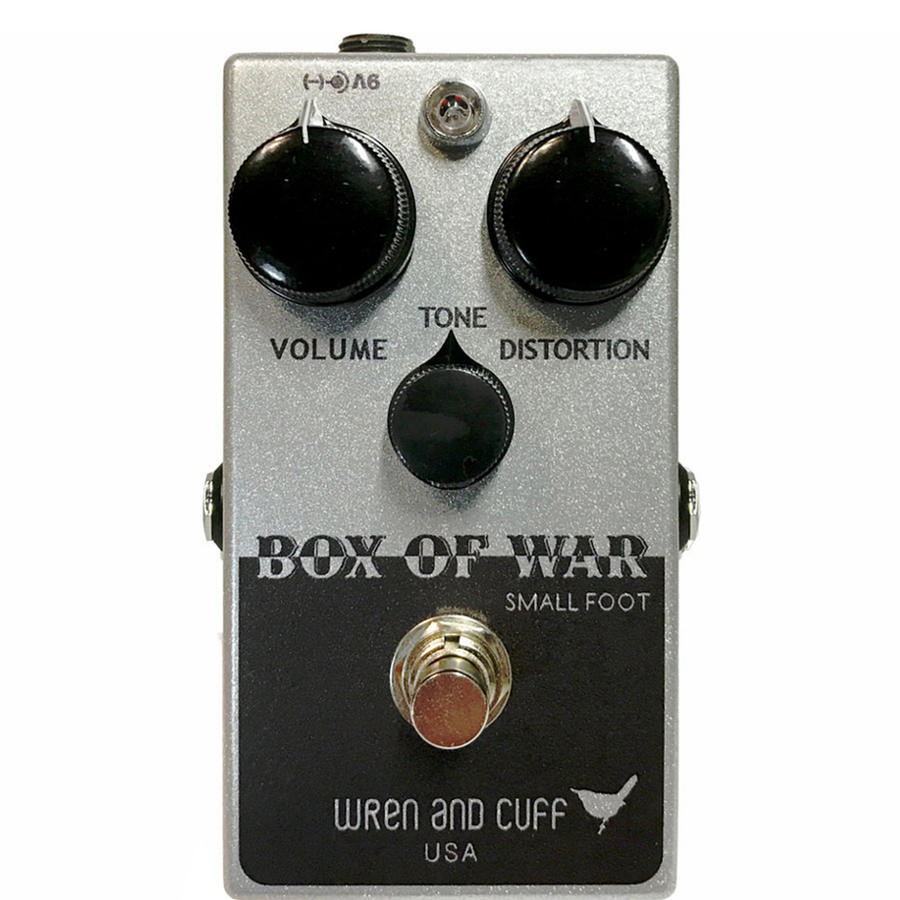 What is it? It is the same pedal as the full size Box of War, originally housed in a large folded steel enclosure, modified to be able to fit in a standard 125 size enclosure. That's it! Same parts, same guts, smaller size.
The “Box of War” is a true recreation of the EH “Civil War” Sov***’s. I say “true recreation” because we pride ourselves on truly digging into the vintage units we recreate and go to great lengths to duplicate all aspects of the original circuits to the best of our ability.
The tone is in the details I like to say…
Rest assured we have spared nothing in researching this rare, much-loved, but cheaply made BM pi.

Reportedly favored by David Gilmour, Thurston Moore (Sonic Youth), and many others this is your chance to own a vintage recreation that is made to be beat-up.

Very closely related to the Tall Font BM’s, the Civil War’s have a bit darker and a bit fuzzier tone. Like the Tall Fonts, they’ve got less output and are less fuzzy than most other muffs but are cherished for their woody sustain and presence. These beasts became a secret weapon for many but usually required two or three back-up pedals due to the poor quality components to be sure a pro-level player could make it through a tour using one on their board.

The Box of War solves that problem. Sound, looks, and reliability.

*Note, the videos below were done with the full size BOW, but sonically there is no difference between the two pedals.