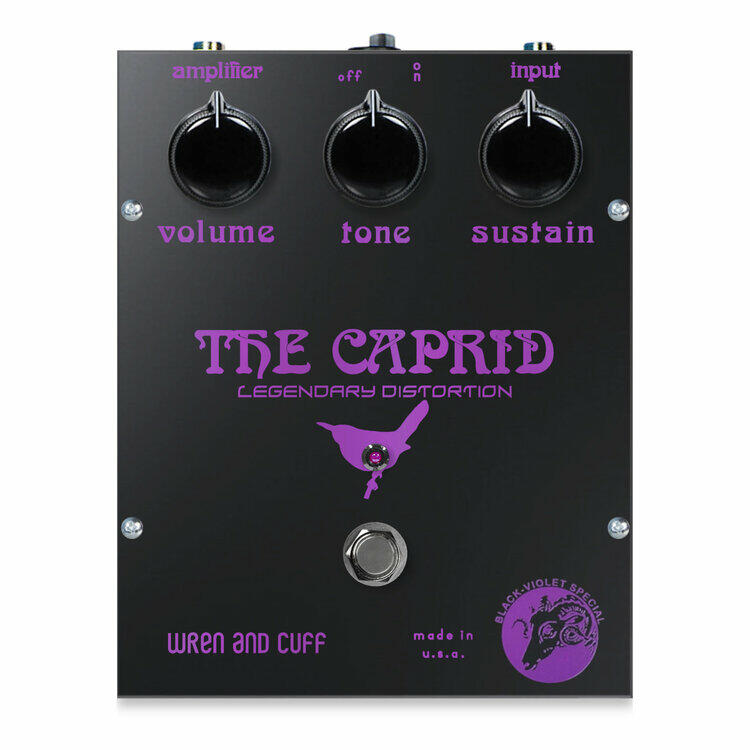 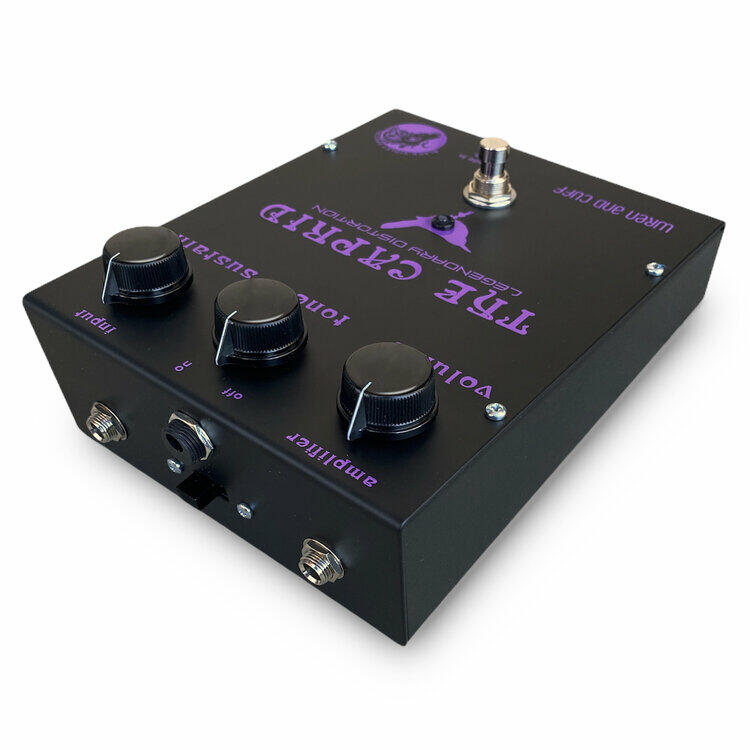 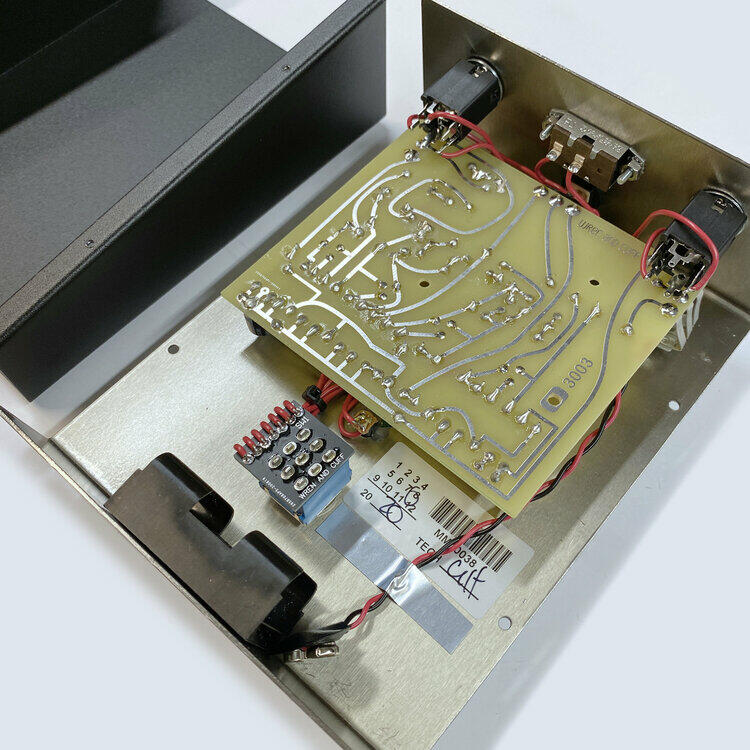 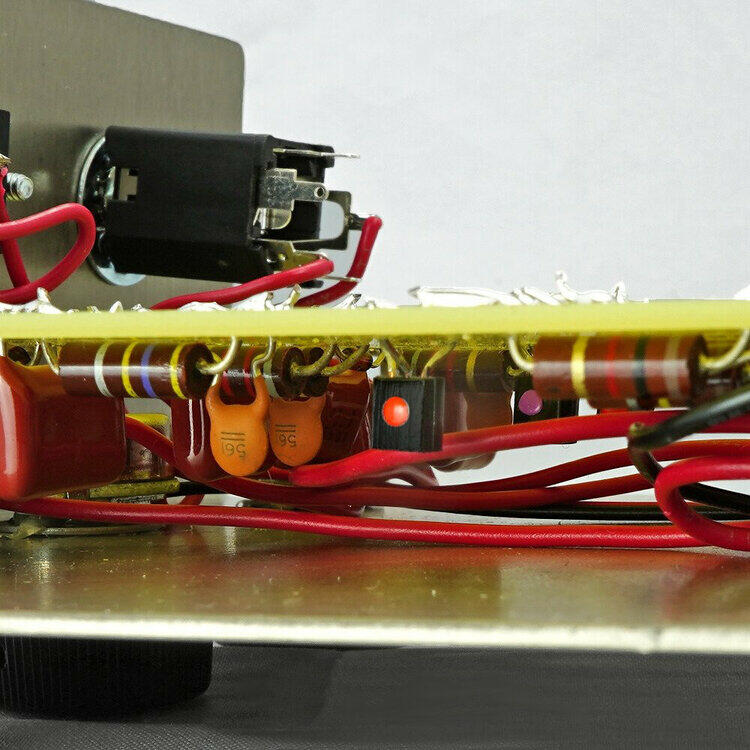 ​The Black-Violet is EXACTLY the same as the Blue-Violet Caprid.

Wren and Cuff has always been known for vintage Muff recreations, and when the full size original Caprid hit the scene in 2012 it was an instant hit, getting rave reviews from magazines, pro players, and the pedal community at large. It had a great 5 year run.

The pedal was then placed on hiatus in 2017 due to the manufacturing cost of having the big metal beast of an enclosure made by a small shop in Los Angeles.

We know what you’re expecting. You’re thinking we moved everything overseas so we could crank them out cheaply…well… NOPE!  After we had so many requests to bring it back, we finally made it happen. Enclosures made by that same small metal shop in Los Angeles, and pedals assembled in our shop in North Los Angeles.

This special edition Caprid is being released before the original version! We wanted to bring ‘em back, but do something a little special. So first, a reproduction of the famed “violet-era” Ram’s Head Muffer.

This pedal contains 3 hand-selected orange-dot and 1 violet-dot transistors, 1/2 watt carbon composition resistors, and the highest quality caps and components we could find.

Saturated and even. If our White Elk pedal is the gnarliest, “wrong” sounding pedal we ever made, then the violet-blue is its polar opposite.

Turn the gain up, and you get a milky warm sea of sustain, earthy lows, and a rich top-end with just the right amount of that signature Muff mid-scoop. As generic as the term is, “violin-like sustain” is exactly the way to describe the way this pedal grabs hold of a note.

This pedal is a joy to hold in your hands, looks beautiful on any pedalboard (as long as you’ve got the real estate) or on its own, and is an even bigger joy to play for hours on end.

With its heavy enclosure, it would be a difficult pedal to kill (even if you tried!). And with the lifetime warranty all Wren and Cuff pedals come with, if it did break, we’ve got you covered.

Well, why is my violet ram blue?

During the early to mid 70s when these pedals were made, EHX® made a couple changes to the art. They changed the famous square “Ram’s Head” logo to a round shape. They also switched to a one color graphics layout on the front, perhaps to save a bit of money since two color graphics are more expensive to make. These came in blue, black, red, and violet colors, with some colors being rarer than others.